The Queen’s broomsquire talks to Faith Eckersall about his brushes with royalty.

Bradley Nash doesn’t know whether the Queen has ever used the besoms he supplies to the Royal household, but he’s confident that she has seen them at work.

“They are traditionally used to sweep leaves from gravel driveways or grass,” he explains. “But I’ve been told that when they have worn down and are stubby, they are perfect for removing worm casts from lawns, too.”

As royal broomsquire - he inherited the Royal Warrant from his late father, Arthur, who died in 2004 - Nash supplies the Queen with about 120 besoms a year from his workshop in the village of Tadley, Hampshire.

“Our family has been making brooms for about 300 years, and when I was little I’d go all over the south of England, watching my father give demonstrations,” he says. “My father could put a broom together in about 10 minutes. It takes me a little longer, though I still use his tools, which are over 100 years old.”

His method is the same: first he cuts twigs from commons and plantations for the broomhead. “These are collected between December and March, before the sap rises,” he says. “I store them outside for at least six months so air can get through.”

When the twigs are ready, he trims them to the correct length, sits astride his ‘broomhorse’ (an ancient contraption used by all besom makers) and rolls a bundle of them into the required shape.

Next, he clamps them in the horse’s ‘jaw’, which is pulled downwards with a rudimentary mechanism controlled by his feet. Finally he pulls a length of wire around the bundle.

“The trick is clamping as tightly as you can,” he says. Finally, he fixes the broomhead to the handle, which he makes from hazel or ash, and taps in a nail.

His brooms have appeared in the Johnny Depp film Dark Shadows and in Harry Potter and the Goblet of Fire. ”We got orders from all over the world after Harry Potter,” Nash says. Yet the customer he is most proud of is Her Majesty, to whom he has also supplied pea sticks and bean poles. “We take those up to her once a year,” he adds.

Nash has no plans to stop any time soon. “I’ve just had a new grandson,” he says. “I’m hoping when the time comes, he’ll take it on.

This article first appeared in the Telegraph Magazine on 16th April 2016
All photographs copyright Alice Whitby. 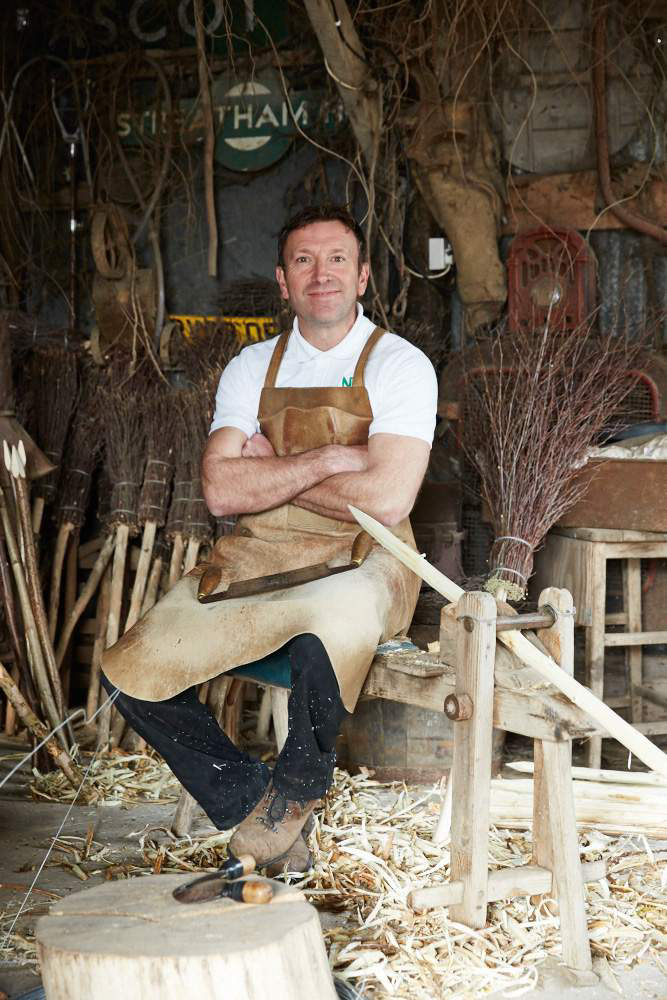 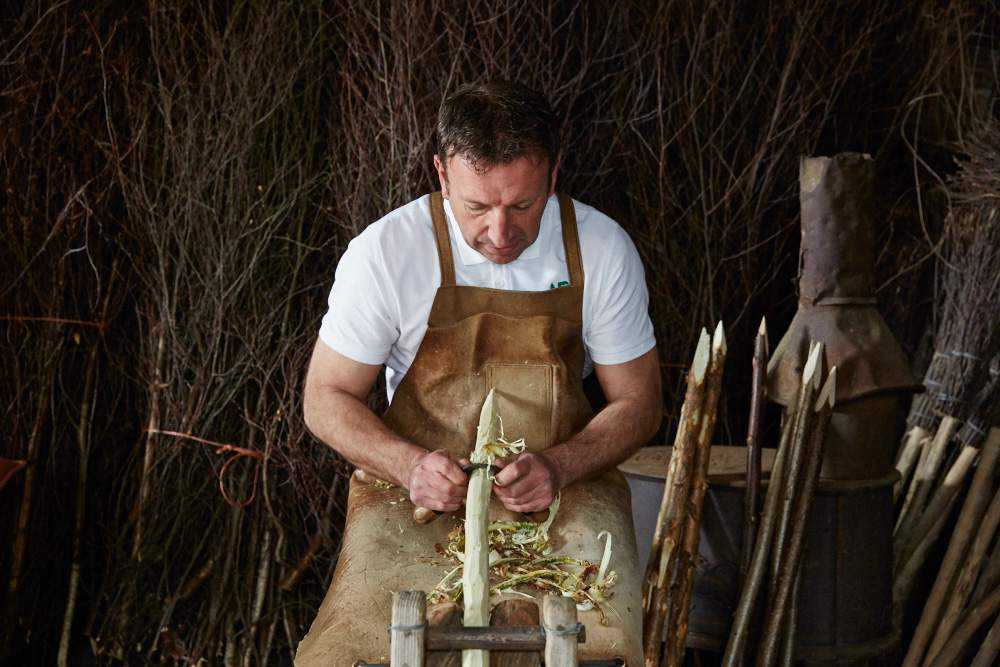 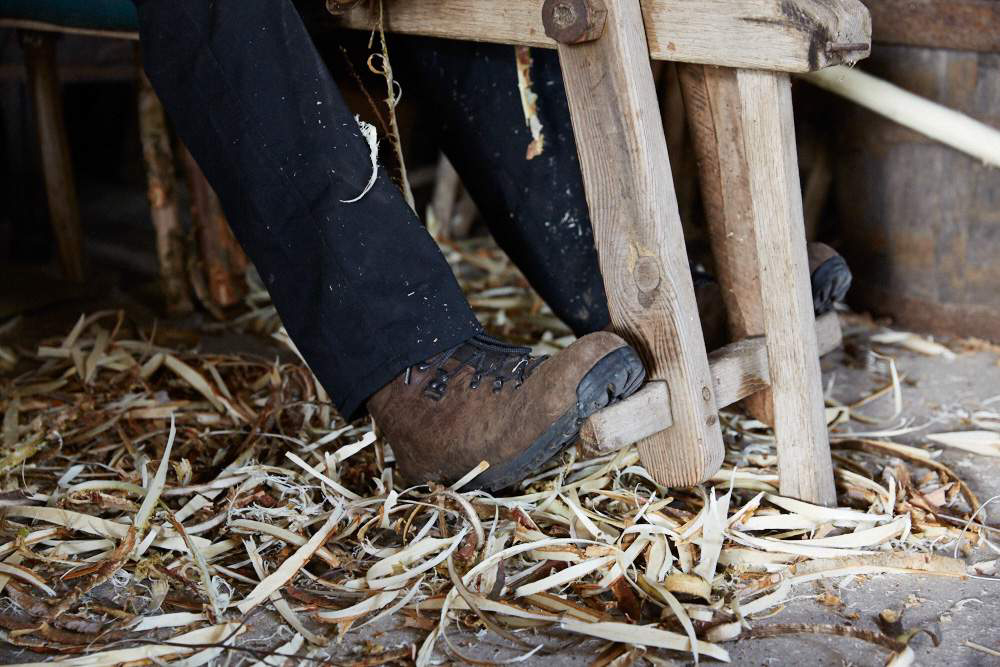 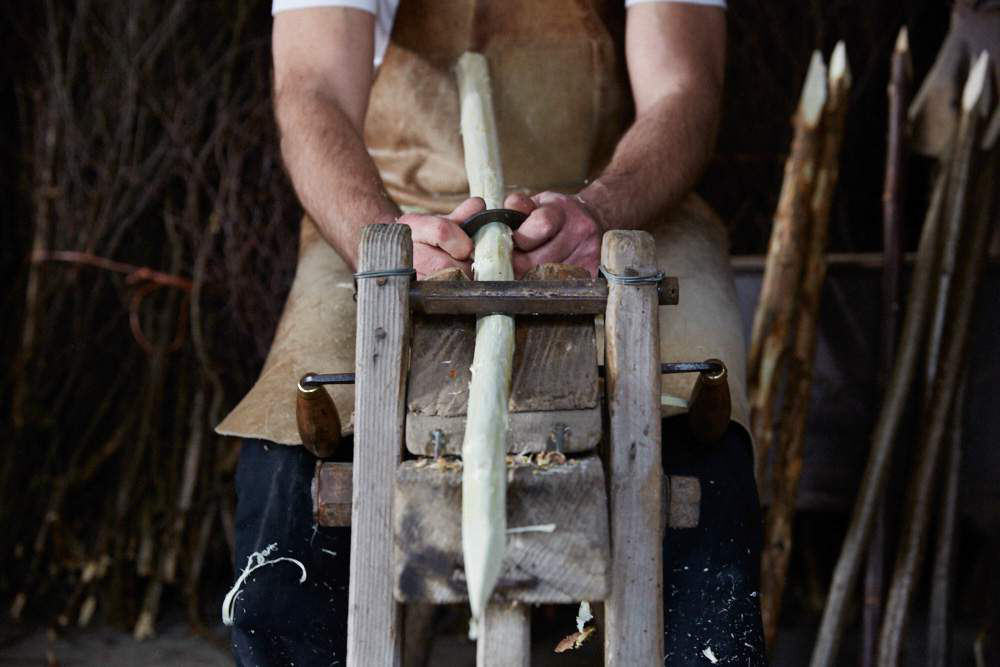 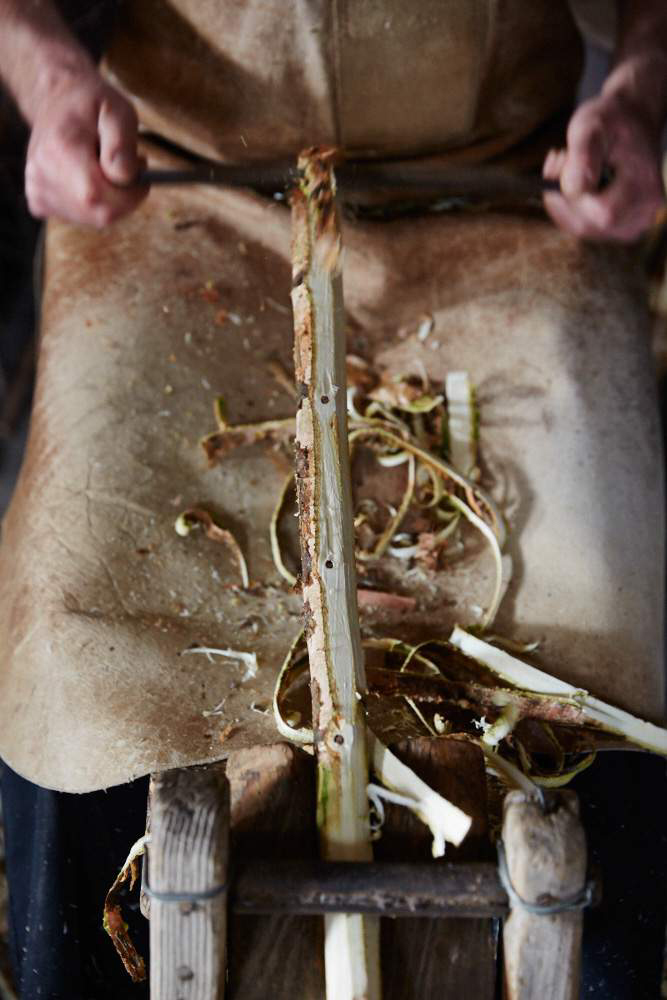 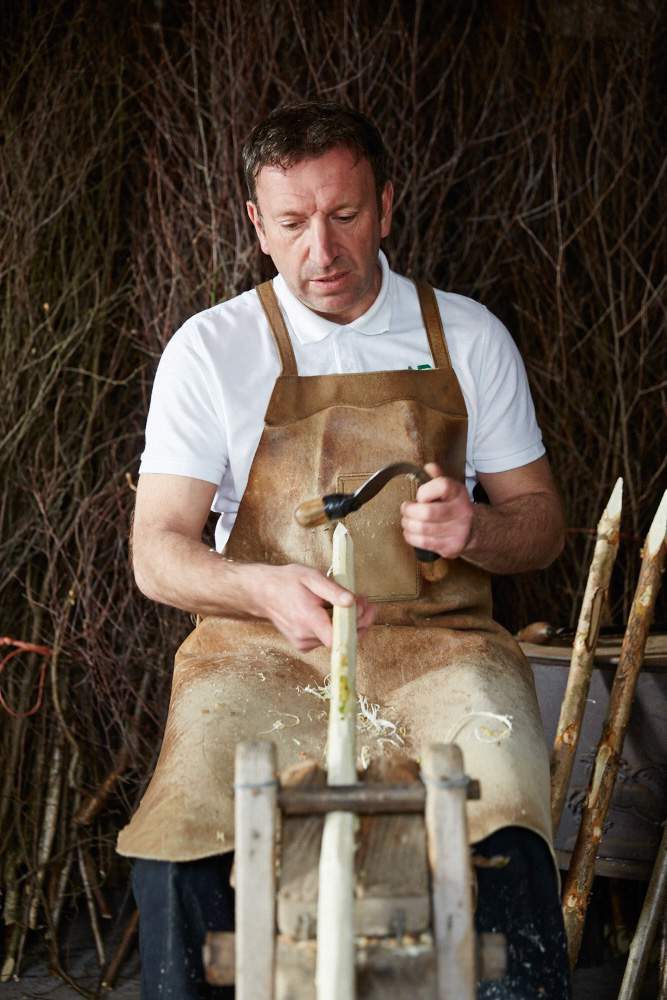 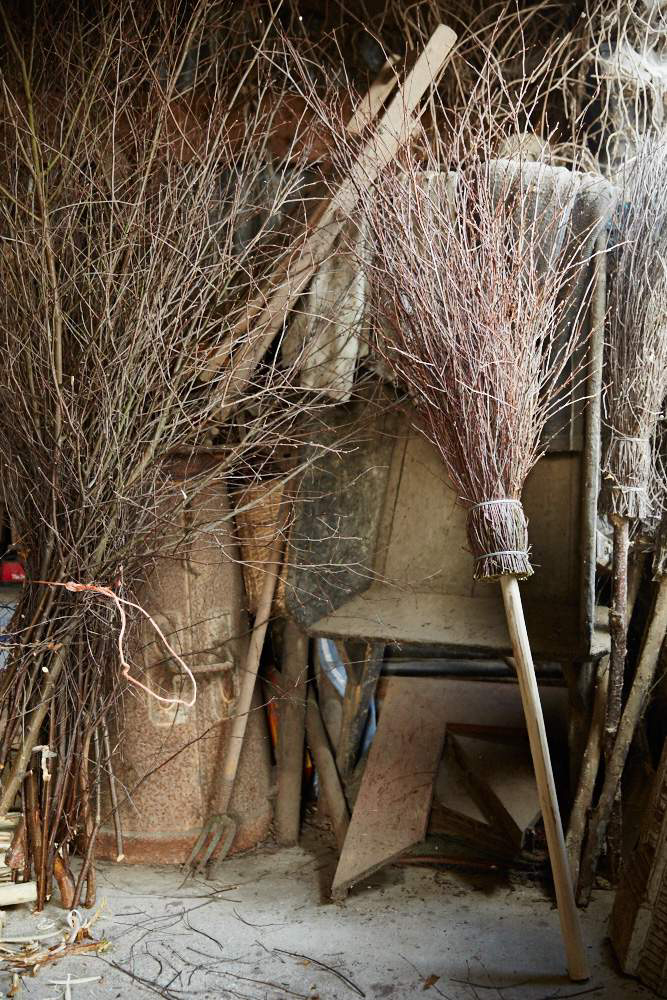 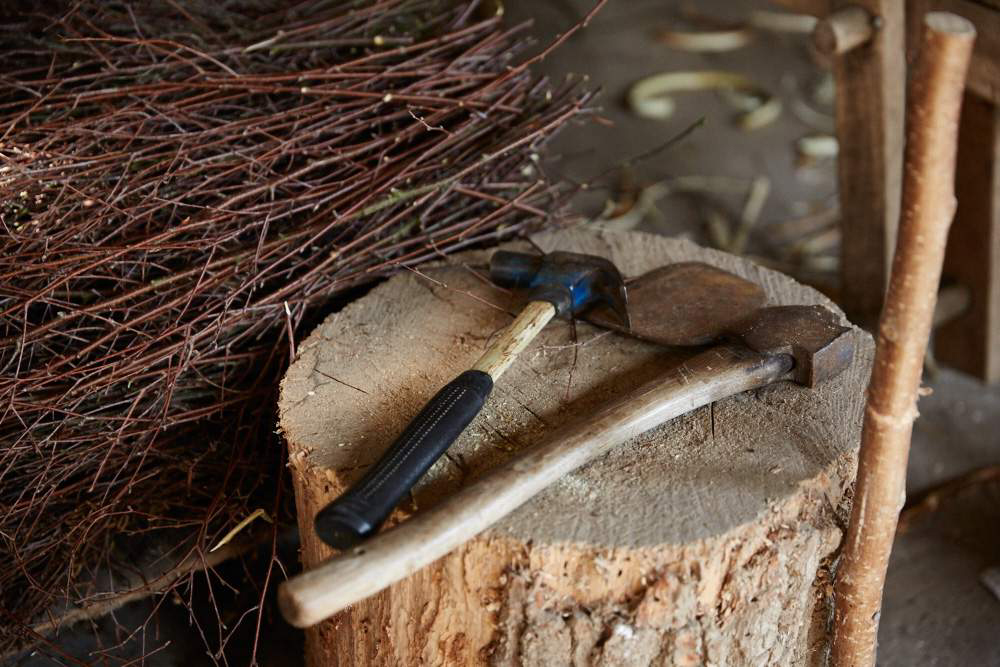 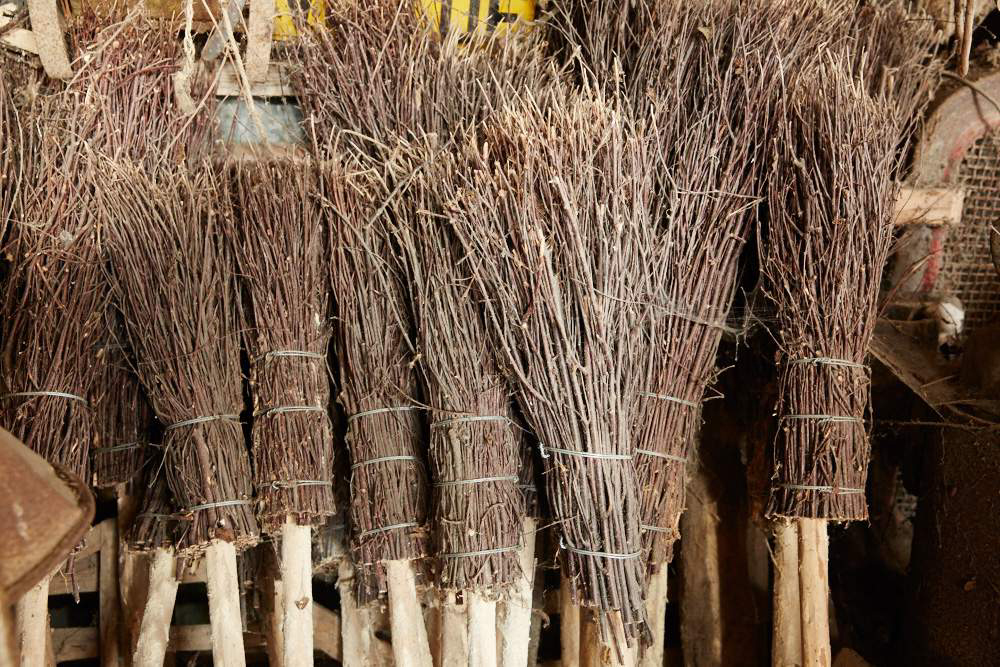 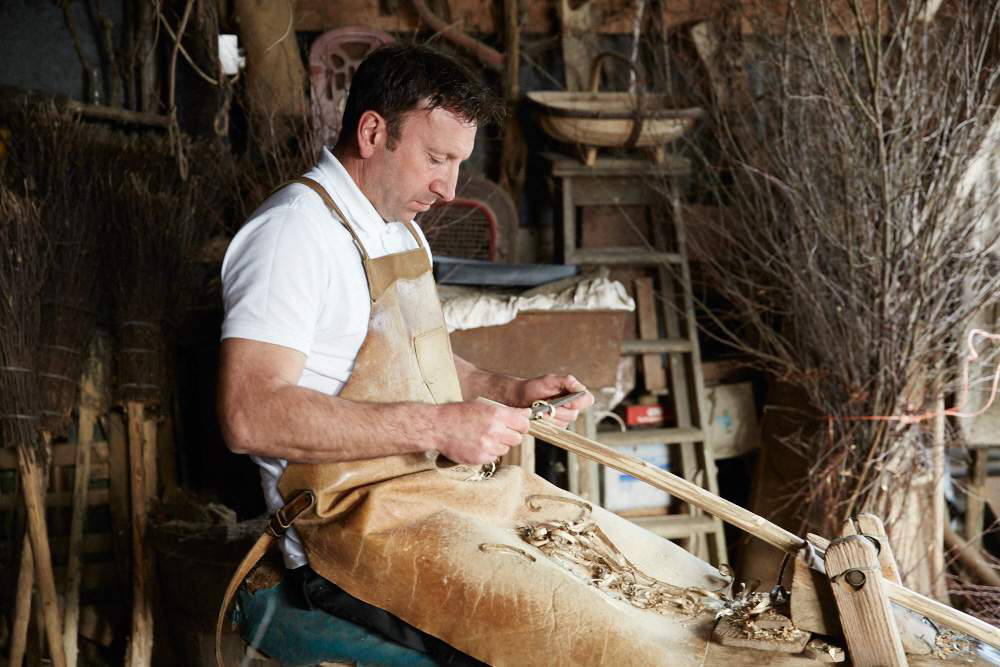 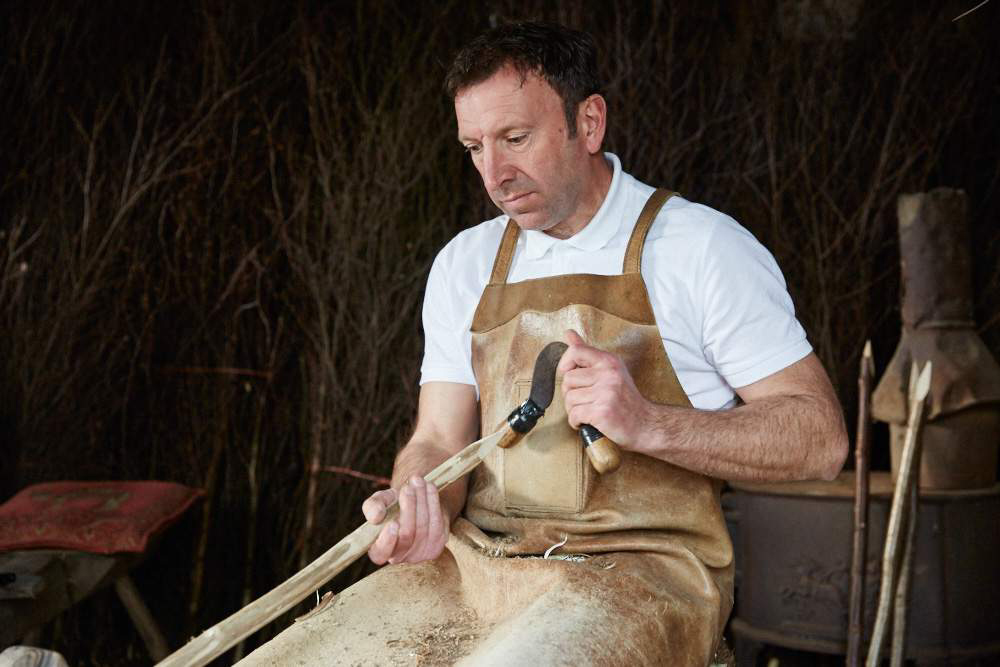 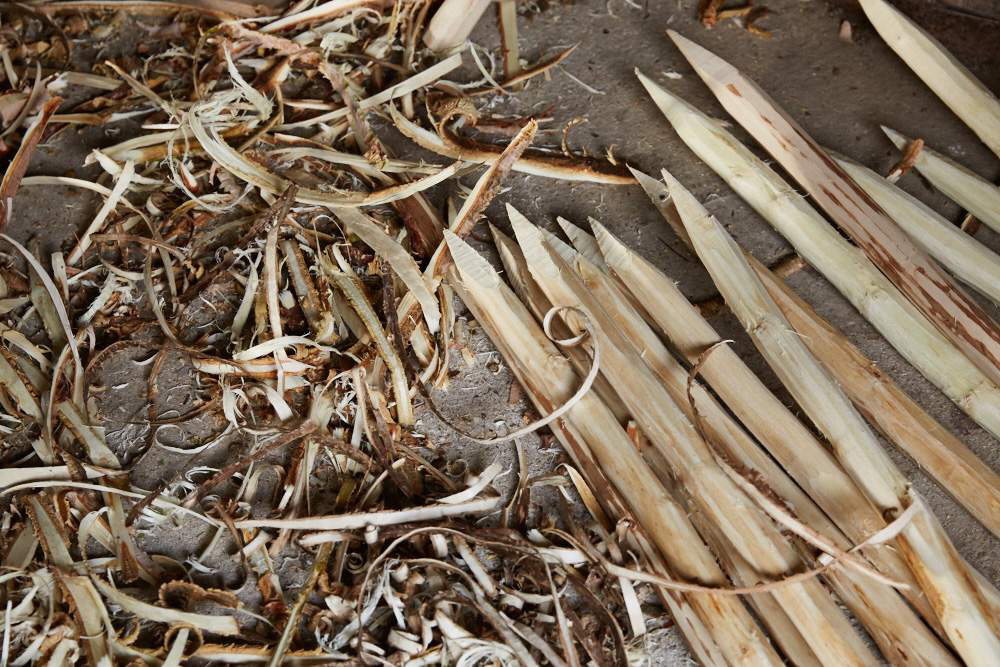 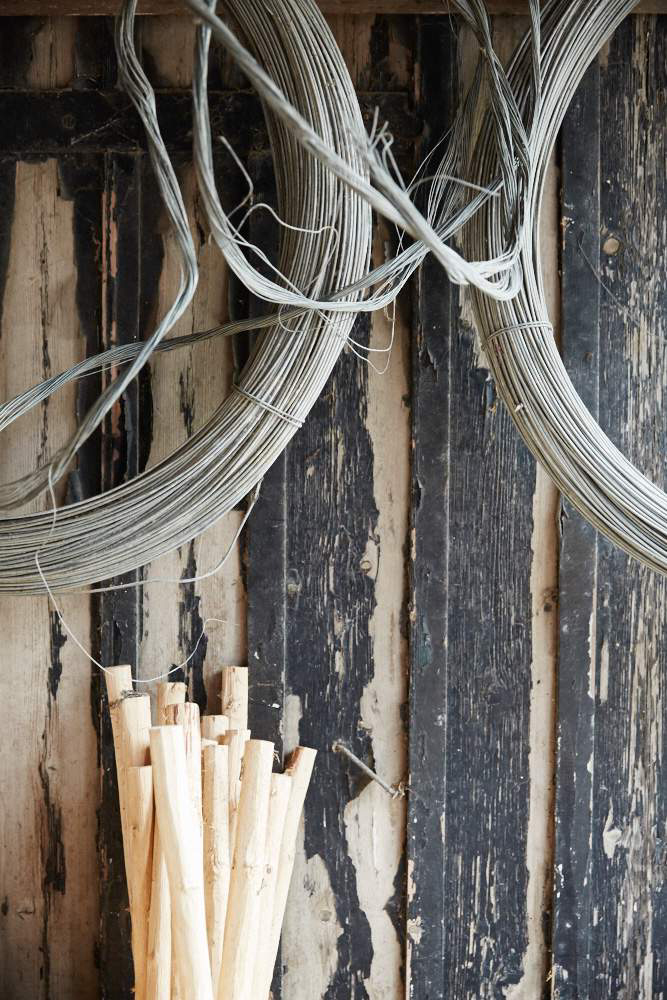 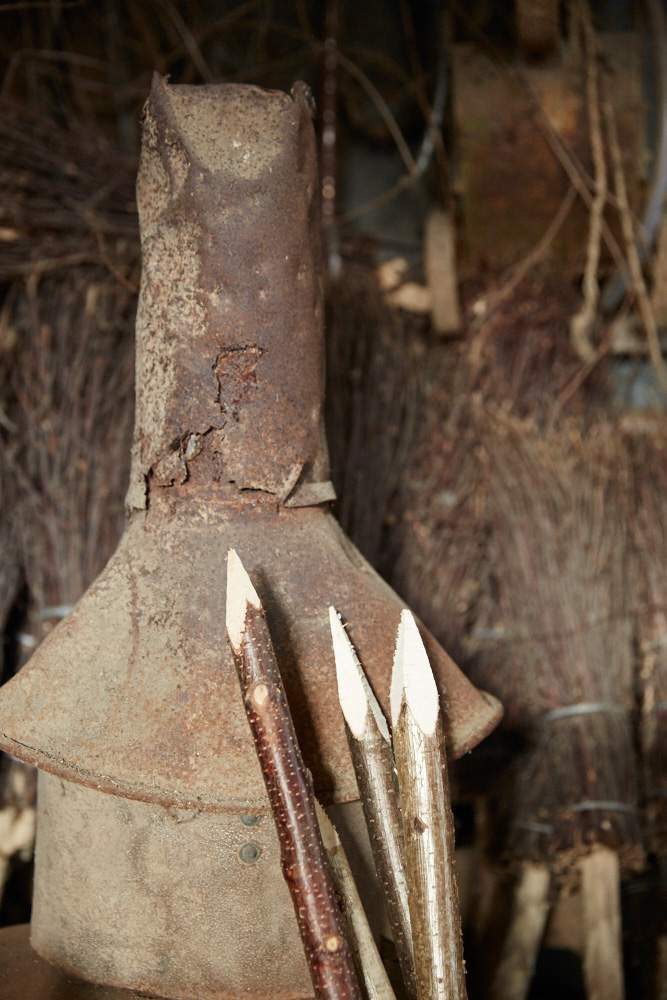 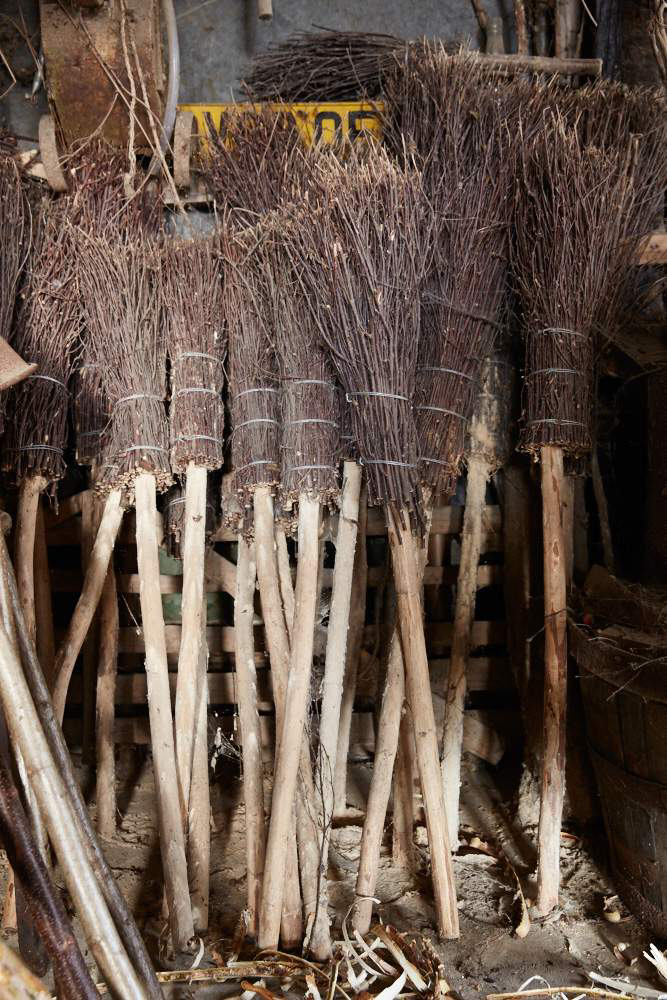 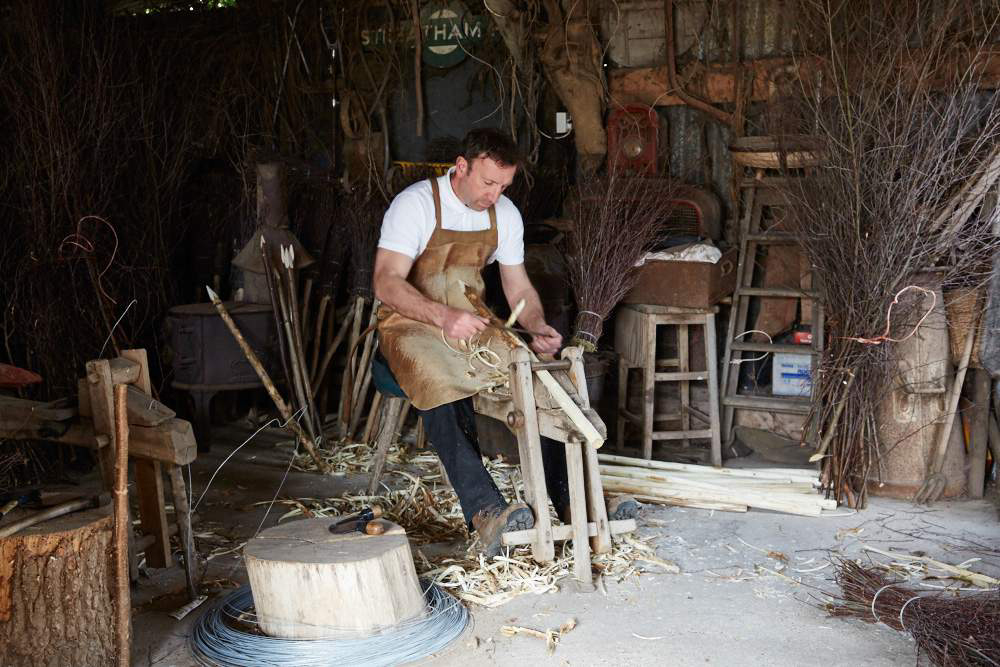 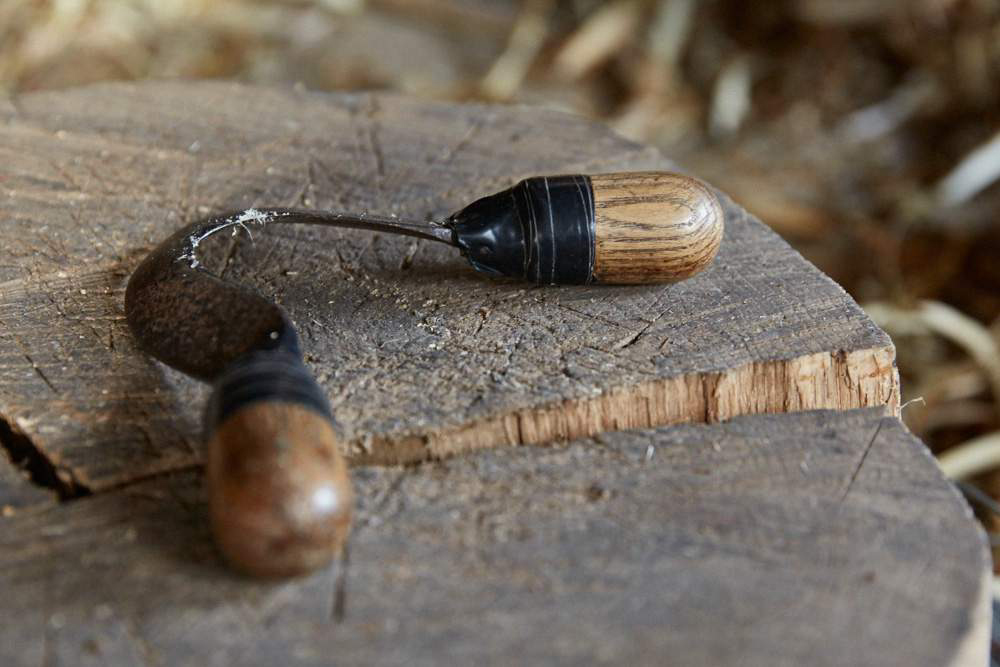 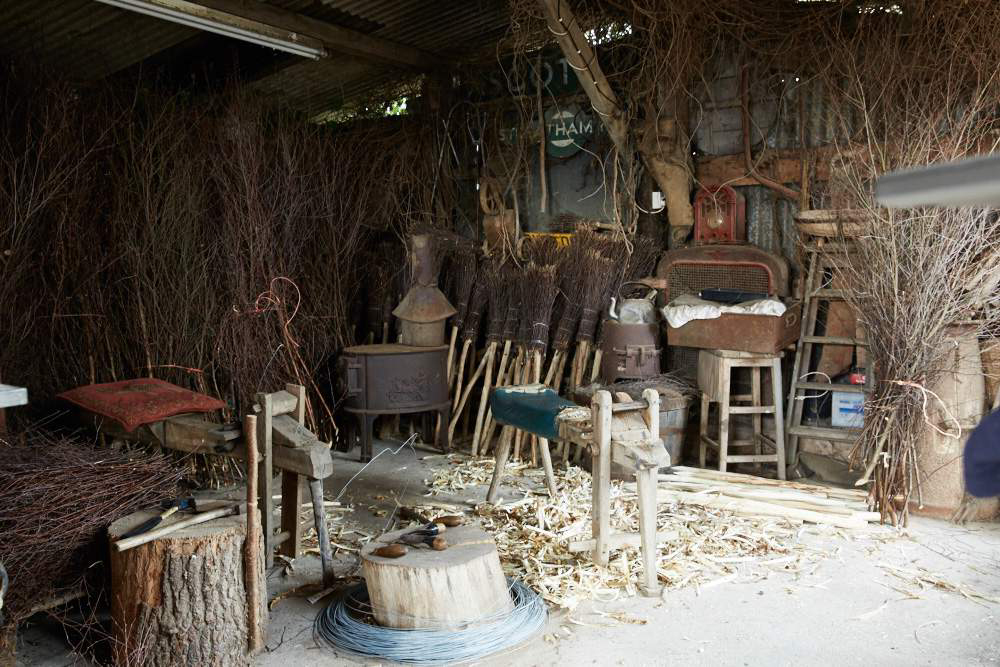 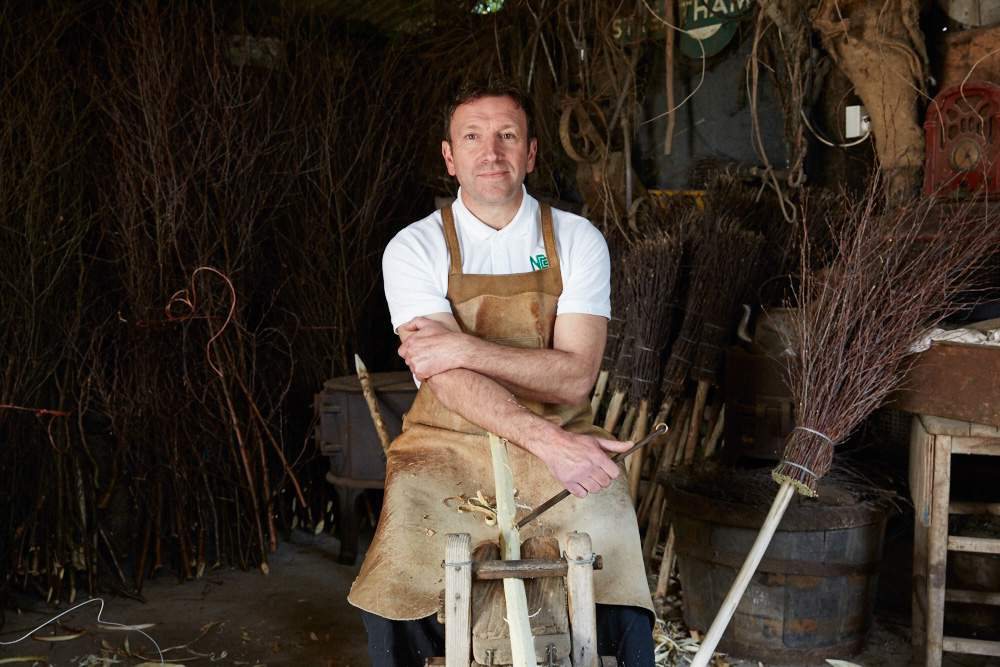 Many thanks to Neil Ogden who uploaded the video to YouTube.